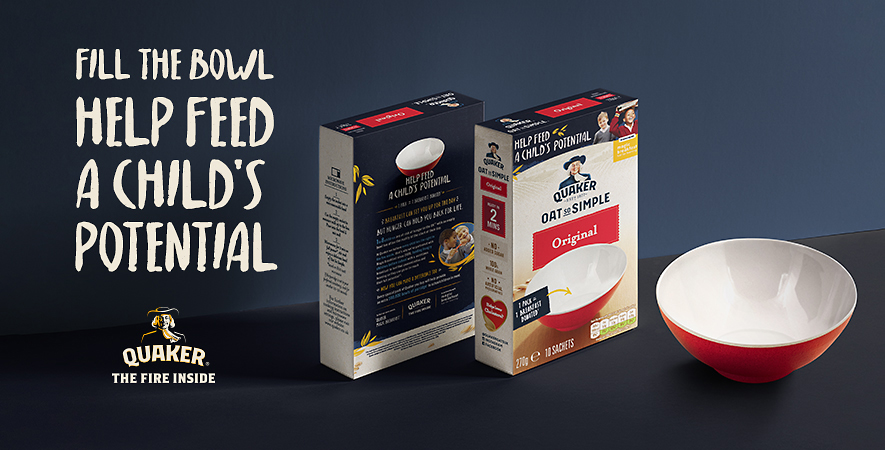 With 1 in 8 children at risk of hunger in the UK, food poverty is an ever increasing problem. The growing awareness and concern of the impact this has on children’s ability to focus and learn at school was the catalyst behind our new purposeful work with Quaker.

We created the ‘Empty Bowl’ campaign to highlight the issue of child hunger and bring to light their longstanding partnership with the charity Magic Breakfast. Since 2009 Quaker and Magic Breakfast have been ensuring kids get a nutritious breakfast before school, providing energy for concentration and giving kids the fuel they need to reach their full potential, but Quaker wanted to do more.

The campaign launched in October, which for the first time in Quaker’s history, saw the use of an empty porridge bowl on limited edition packs. Each pack sold donates one breakfast to hungry school kids through Magic Breakfast.

The ‘Empty Bowl’ starts here as the iconic visual representation of Quaker’s commitment to fighting child hunger in the UK and will be brought to life through in-store activations, PR, social and digital channels nationwide.